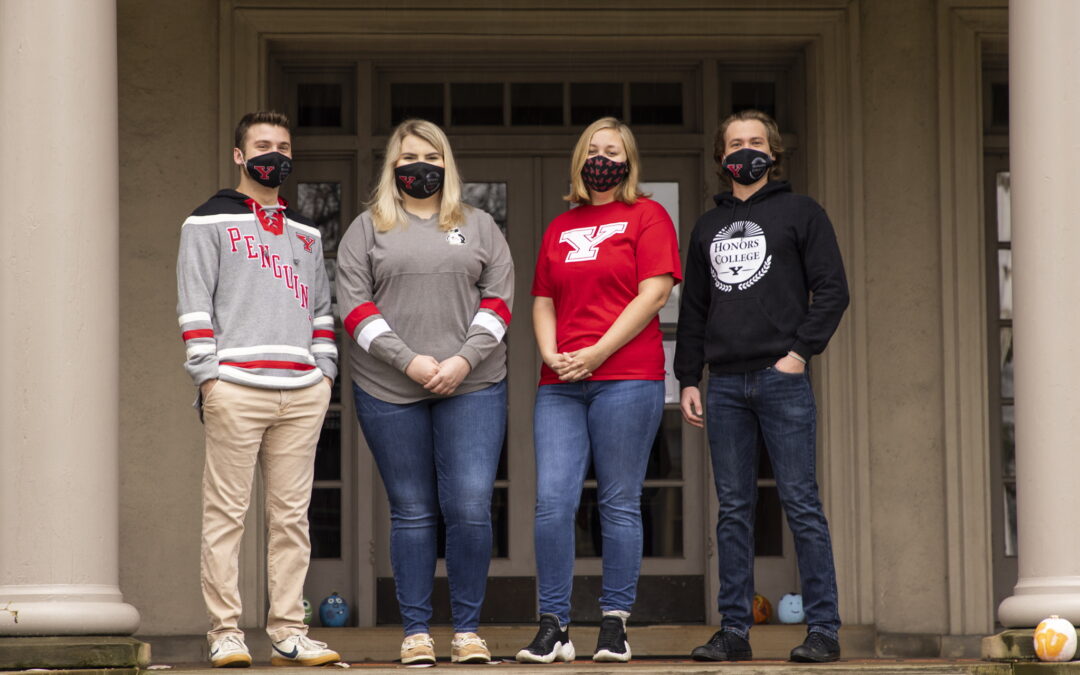 Youngstown State University Honors College students will have a new scholarship opportunity named after one of their own.

The Joshua J. Bodnar Scholarship was recently established at the YSU Foundation by YSU Honors College students, faculty, and staff who wanted to honor Josh’s service and generosity to the Honors College and YSU.

Bodnar, a University Scholar, received his undergraduate degree in middle childhood education from YSU. During this time, he worked in the University Scholars and Honors Programs office for three years. Josh later earned his master of education in college student personnel from Ohio University. He remained in Athens, working for Ohio University in various positions, then returned to his roots at YSU by serving as the coordinator of student development and retention in the Honors College.

“Throughout Joshua’s time as a student and staff member, he always was dedicated to the honors students and Youngstown State University,” said Dr. Amy Cossentino, dean of the honors college. “Josh’s work ethic was second-to-none, going above and beyond for streamlining processes for students and faculty. We are thrilled by the efforts of our students to create an endowed scholarship in his name so that future honors students can benefit.”

Josh is originally from Berlin Center and is a graduate of Western Reserve High School. He now resides in Columbus but will always call YSU home. “My experiences at YSU and the Honors College set in motion my future career trajectory,” Bodnar said. He continued, “I am truly thankful and humbled by this endowment and to be a part of the Honors College family.”

The scholarship will be awarded annually to a sophomore honor student, with preference given to a Western Reserve High School graduate or a Boy Scout (Josh is also an Eagle Scout and has remained involved in Scouting throughout his life).

YSU honors student Zachary Howard noted that “The Honors Trustees decided a good way to show our appreciation for what Josh has done for us would be to endow a scholarship in his name. The funds were raised by honors students in a variety of ways. Our hope is this scholarship becomes the first of many to recognize those who support us in so many ways.”

“YSU and the YSU Foundation cannot express our gratitude to Mr. and Mrs. Weir enough,” said YSU Foundation President Paul McFadden. “Their generosity will assist future generations of students by lessening their financial concerns, all the while receiving the best education possible.”

In the photo: Among the YSU Honors College students involved in raising funds for the new Bodnar Scholarship are (from left) David Gessler, Kiley Kinsey, Lauren Rager and Zachary Howard.